A single Australian is about to take on one of Europe’s most demanding off-road rallies – The Hellas Rally Raid in Greece.

Andrew Houlihan is about to leave his relatively quiet life as a business owner in Albury-Wodonga to tackle the 7 day event that takes competitors through terrain that includes sandy beaches, sand dunes, forest tracks, mountain peaks, snow and deep river crossings.

The event is a navigational rally run in a format similar to the Dakar with competitors working from a road-book that holds directional instructions.

For Andrew it is the first of what he hopes will be many international events of this kind. 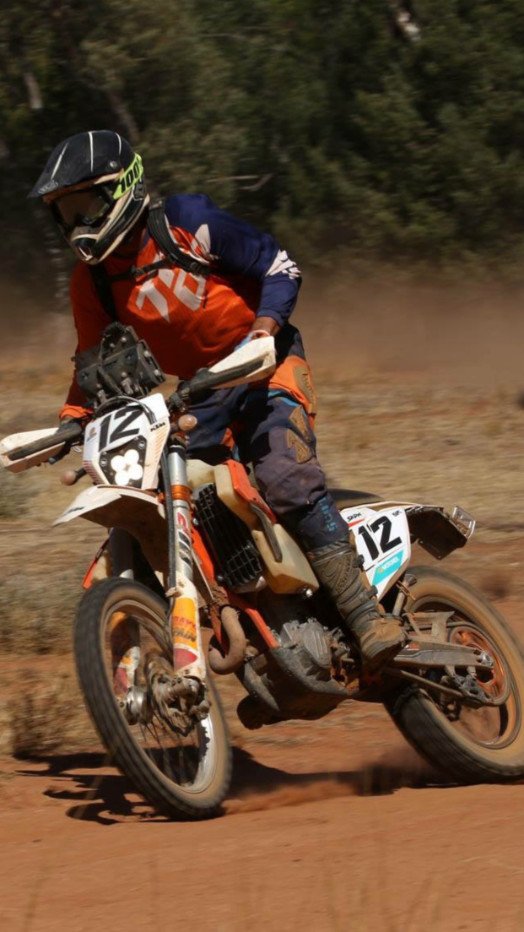 He became interested in off road rallies after a 15 year stint racing motocross and enduro, and suffering the injuries that come with that type of racing!

“Yes, I’ve had a few big crashes”, Andrew told us. “The injuries include a broken back and fractured neck, I’ve had spinal surgery, a total knee replacement and I have titanium plates and screws throughout my body.”

Asked whether he thought off road rallies are easier on the body, he replied “I think the risks are less but the consequences are just as high”.

Once he found adventure bike riding, Andrew discovered his real passion and became interested in following rally racing and in particular, the Dakar.

“I love the mental challenge in this type of event, and the comradery between the competitors.”

His preparation for the Hellas Rally has taken Andrew into all types of terrain in a number of countries.

Andrew raced in the Finke Desert Rally in the Northern Territory in 2016, the Condo 750 Rally in NSW and managed to get a trip to Mongolia in with Scott Britnell who competed in the Dakar this year.

The Hellas Rally is based around the ancient city of Olympia in Greece and is a round of the FIM European Rally series. Each day the competitors will head out from the bivouac on stages that could vary between 300 and 600 km.

In all, over 300 bikes and 30 off road buggies and side-by-side vehicles have entered the event.

Andrew will ride a 2018 KTM EXC 450 in the M2 class (350-450cc) supplied and serviced by Nomadas Moto Rally Services. Having a support team will allow Andrew to put all his focus into riding.

The bike has also been setup identical to the one he has been training on here in Australia, hopefully making the transition to the new bike easier.

Andrew is modest with his expectations: “The plan is to just finish this race unscathed, get the full experience and gather the information I need to make a commitment to Dakar 2020.”

The Hellas Rally begins on the 20th May and we will be following Andrew’s progress through the event.