One of the bikes Barry Sheene rode in 500cc GPs is for sale on eBay.

The bike is currently in Cheshire, England, but the seller will ship the bike to you by air, sea or road freight (not by road to Australia I hope).

This particular bike was the one Barry used in the 1983 season when he finished uncharacteristically 14th in the championship. 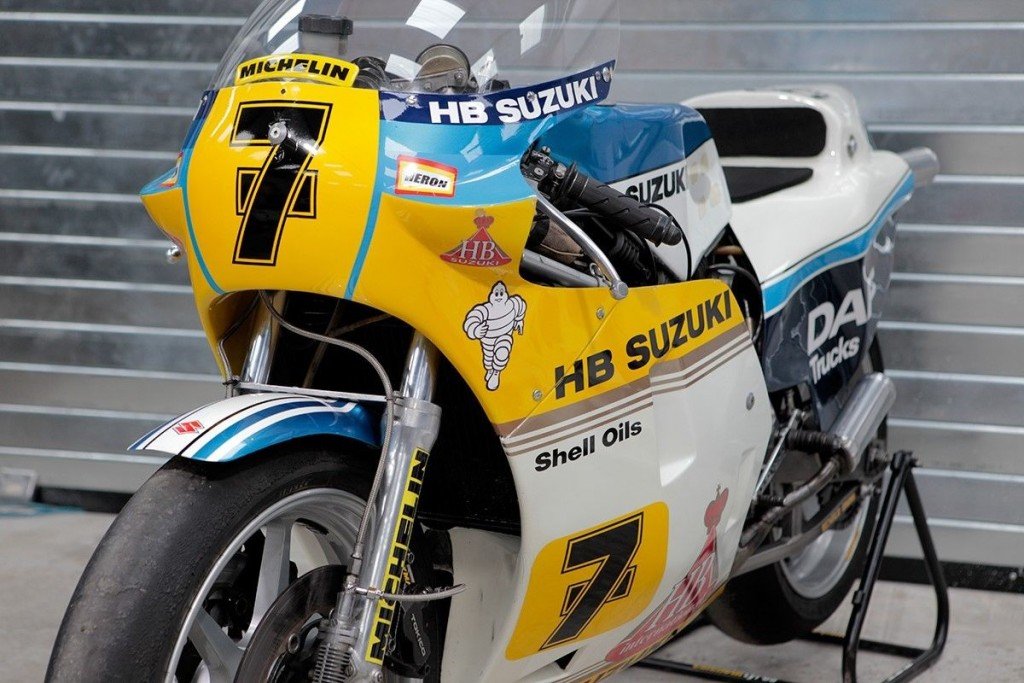 The bike was then used by Mick Grant for 1984. He won the Macau GP and took second place at the North West 200 on the bike, and the Heron team sold it at the end of that year.

It’s had several owners and current owner Tony Salt bought it in 2005. Tony was involved with the bike back when Sheene was racing it in 1983 through his technical role with Michelin.

The bike is currently fitted with 17 inch wheels and four piston brake callipers, but the original wheels and brakes are being included in the sale.

The bike is a piece of motorcycling history, and is listed as “used”, but it was only ridden on Sundays – right?