Yamaha Australia has recalled both the MT03LA and YZF-R3A because of an apparent weakness in the clutch and oil pump assemblies.

In its recall notice, Yamaha states that the clutch pressure plate bearing may fail when operated frequently and that the oil pump drive gear may break due to excessive stress. 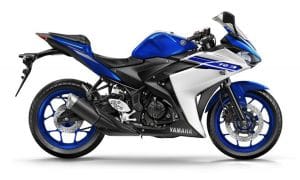 Consequences of a failure could be that the clutch may fail to operate and the transmission will not shift properly, and an oil pump failure may cause the engine to seize due to a lack of engine oil supply.

While it’s a remote chance, a failure could have devastating results, especially an oil pump failure.

Affected bikes can be identified by their frame numbers.

Racing Games 101: Factors You Should Look For In A Motorcycle Game