Toby has been recovering in hospital in La Paz, Bolivia after a crash during Stage 4 of the event broke his leg in 4 places and triggered seizures.

Doctors operated on his badly broken leg, inserting a rod and screws to secure the bones so they could heal.

But the seizures were a concern and doctors think they were caused by a blood clot in Toby’s lung.

After treatment he has now been given medical clearance to fly home where he will be reassessed and begin what could be a lengthy period of rehabilitation.

“I’m really psyched to be cleared to fly home to Australia! I can’t thank everyone enough for the kind words, support and messages while I’ve been here in Bolivia!”

“Huge thank you to Rodney Faggotter Offroad Racing for staying with me and helping wherever possible, lets get out of here!”

Toby has said previously this week that he needs to be back on the bike in 4 months. 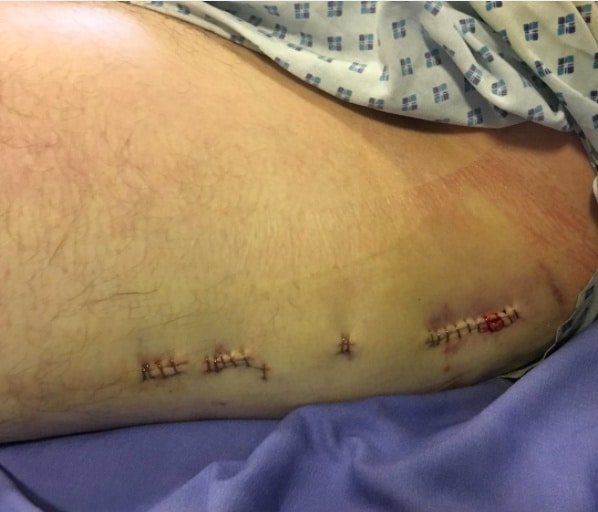