The damage to Honda’s Kumamoto production plant from the recent earthquakes is far more severe than initially imagined.

The earthquakes that hit the region on the 14th and 16th of April have damaged the buildings and manufacturing equipment, and forced the shutdown of the plant.

Honda was hoping to bring the factory back online by April 28, but after further assessment of the damage the company is now saying it could be mid-August before it returns to full production.

Operations will now resume in stages, beginning on the 6th May.

The Kumamoto plant is Honda’s fourth factory and its largest domestic site, producing around 250,000 machines each year. 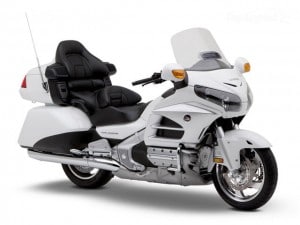 It was established in 1976 and produces Honda’s large capacity bikes including Goldwing, the CBR1000RR and VFR1200F, as well as all of the off-road competition bikes.

It is also the location of one of the company’s most important Research & Development divisions.

All other plants, with the exception of one, are currently operating normally.

Yachiyo Industry Co., Ltd., the subsidiary company that produces mini-vehicles for Honda, was was also closed down but returned to limited production on April 22nd. It is planned for that factory to be fully operational in 6 months.