The Ducati 1299 Superleggera that has just been unveiled at the EICMA show in Milan is the most powerful and technologically advanced production superbike the company has ever produced.

It is also the first standard street bike with a carbon fibre frame, swingarm, sub frame and wheels.

The bike uses the 1285cc Superquadro engine from the Panigale 1299 S, but has reshaped piston crowns, an increased compression ratio (from 12.6:1 to 13.0:1), enlarged titanium valves, reworked camshafts and updated cylinder heads with reshaped intake and exhaust ports.

It also has a lighter, tungsten-balanced crankshaft, titanium con rods, and a lighter flywheel.

All that has brought the engine weight down by just over 2kg from the standard engine, and increased power to an impressive 158kW (215hp) and torque to 146 Nm.

Ducati has focussed on reducing weight wherever possible, with the carbon fibre monocoque frame, swingarm, wheels, subframe, fairing and updated and lighter Ohlins suspension all helping to bring the overall weight down to just 167kg (wet).

Technology in the bike has also reached new levels, with many of the systems introduced in the 1299 Panigale S Anniversario earlier this year updated for the 1299 Superleggera.

Starting with the six-axis Inertial Measurement Unit (IMU) from Bosch, the list of electronic rider aids is impressive and brings the bike control experience close to that of a MotoGP bike.

Of course there’s the expected multiple Riding Modes, Power Modes, Ducati Quick Shift that works in both directions and Cornering ABS. The Cornering ABS system has been updated to take into account the ultra-light carbon fibre wheels and has new logic that ensures safer and more effective braking while cornering.

A typical traction control system will bring wheel spin under control and then reduce the amount of intervention until the rear tyre breaks traction again, creating a series of cycles that affect the rear tyre’s overall grip level.

The speed at which the DTC EVO system now works allows it to keep that level of intervention closer to the perfect amount, applying a far more consistent level of control.

A newly added system is Ducati Slide Control that adds further control by limiting the torque provided by the engine based on the measured slide angle, controlling slides that would previously be very difficult to handle by most riders.

These two systems allow the rider to dial in just the right amount of rear wheel spin and slide, and ride at a level previously only possible by highly skilled and professional riders (read MotoGP ??) – basically it can make every rider look good!

The Ducati Wheelie Control (DWC) system has been overhauled, once again working faster and more precisely than ever, and is coupled to another new feature – Ducati Power Launch (DPL). 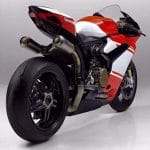 DPL is a three level system that assists the rider to make very fast take-offs by keeping the engine at optimal revs. It automatically disengages at a pre-set speed or when third gear is selected.

To protect the clutch, a special algorithm limits the number of consecutive starts and this is reset once the rider has ridden normally for a while.

This creates increased stability under extreme turn-in conditions. Those situations aren’t likely to crop up on the road, but more on a race track – but then again, that’s where this bike deserves to be!

Talking race track, the 1299 Superleggera also has the latest version of the Ducati Data Analyser+ GPS (DDA+ GPS) that records data from the bike and its GPS position.

It can automatically record lap times when the bike crosses a circuit start-finish line, and the data captured allows the rider to look at the performance of both the motorcycle and themselves by showing specific data in graph form. Those data channels include throttle position, vehicle speed, engine rpm, gear selection, engine temperature, distance travelled, laps and lap times.

At an estimated AUD $120,000 it’s certainly not a bike for everyone, but even if you decided to buy one you may have already missed out. Rumour has it that almost all of the 500 machines to be built have been pre-sold! 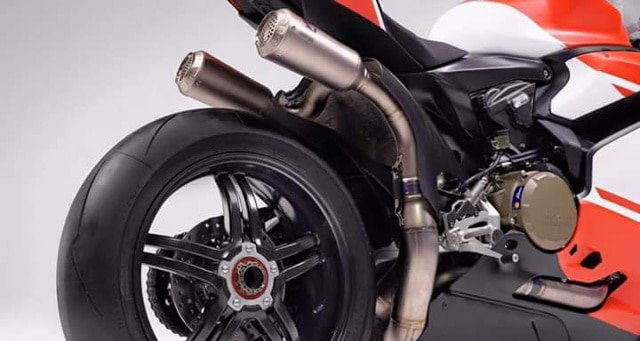