Urban Moto Imports announced the distribution of the Gas Gas enduro range in Australia earlier in 2017, and will now distribute the 200cc, 250cc and 300cc enduros, along with the full trials bikes and kids range e-bikes in the land of the long white cloud. 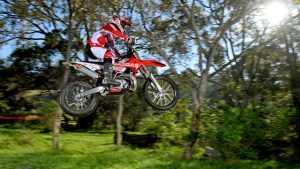 The new 2018 New Zealand Gas Gas dealership network will be announced in the coming weeks.

Meanwhile a new dealership has been signed up to carry the Spanish brand In Australia.

Close Motorcycles in Marrickville, Sydney has been named as part of the rapidly growing Gas Gas dealer network as the brand goes from strength to strength in Australia.

Close Motorcycles’ dealer principal already has a strong history of working with the brand.

Updates to the expansion of the dealership network will be announced on the new Gas Gas website soon to be launched in December.