Guy Martin has announced that he is returning to international road racing and has signed with Honda for this year’s Isle of Man TT.

It will be Guy’s first road race since he sustained serious back and chest injuries in a crash at the Ulster Grand Prix meeting in 2015.

It was thought that he may never return to road racing.

He said he had a lot of thinking to do before making the decision.

“I didn’t want to grow old regretting not giving the Honda a go, and the more time passes since making the decision, the more time I’ve thought it is the right decision.”

Martin will ride Superstock and Superbike machines at the Isle of Man TT, and will also return to the North West 200, Southern 100 and Ulster Grand Prix meetings.

He will be required to compete in six events prior to the TT in order to gain his licence.

Despite being one of the biggest names in motorcycle racing, Guy has never won at the Isle of Man and hopes the switch to Honda will bring him a victory.

“Honda is a great team and the Fireblade has always been a weapon on the roads, so with the new bike, I’m keen to give it a go”, Martin said. 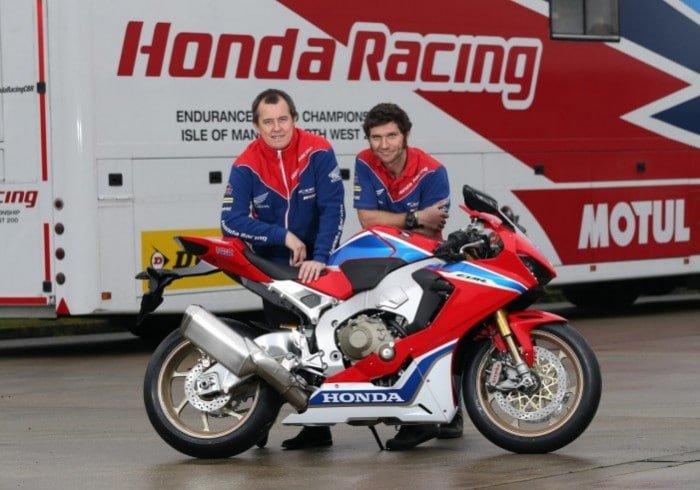 Team-mate John McGuinness is just three wins away from equalling Joey Dunlop’s all-time record of 26 victories at the TT.

“Guy is hungry for his first TT win and John wants another and his lap record back, so this mixed with the new CBR1000RR means we should be in for some exciting racing action.”