Thrustcycle Enterprises has debuted a new prototype of its GyroCycle, a revolutionary self-balancing electric motorcycle, and says it will go into production in 2017.

The Hawaiian based company aims to be the first company to bring a self-stabilising gyroscopic motorcycle to market.

Company President Clyde Igarashi says “The GyroCycle is an energy efficient vehicle with rock solid stability”, and that ”the core technology behind the GyroCycle has broad implications for safety and sustainability”.

The Gyrocycle has an electric powertrain with a battery of 8.5kWh which reportedly gives it a range of around 130km and a maximum speed of 120km/h.

It’s internal flywheels create a gyroscopic effect that ensures the bike will remain upright and stable both during the ride and at standstill when powered up. 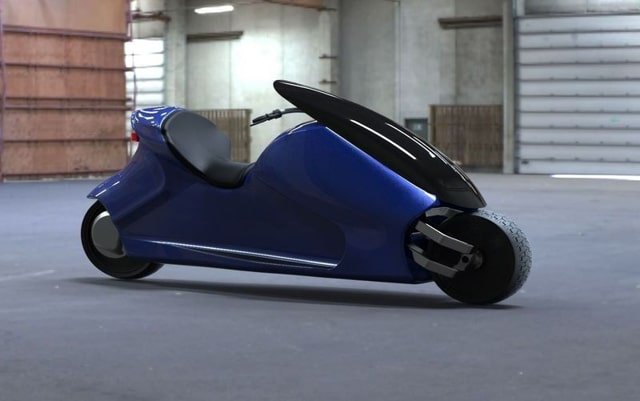 Because the system maintains a fixed plane in space, the vehicle will be less likely to slide under and lose traction when going into turns because the gyroscope will maintain lateral integrity. The self-balancing function gives the rider more control and greatly increases safety.

Thrustcycle Enterprises was founded in 2010 with the intention of creating a practical and commercially viable gyroscopic balancing system for vehicles.

The concept itself isn’t new – the first gyro stabilised vehicle appeared way back in 1914.

Whilst Thrustcycle appears set to be the first to bring a gyroscopic motorcycle to market, other companies are also dabbling with the technology.

BMW recently debuted the Motorrad Vision Next 100 concept motorcycle, which features a self-balancing system said to provide stability while at a standstill as well as when in motion. Lingyun Intelligent Technology, based in Beijing, is also entering the gyroscopic vehicle technology race.

Rather than be concerned by the emergence of competitors, Clyde Igarashi sees their entrance to the market as vindication of the potential of the technologies they’ve been developing for years.

Thrustcycle also plans to debut an enclosed gyro-stabilised vehicle in the near future.

The price for vehicles in the initial limited run planned for 2017 is yet to be finalised, but Thrustcycle anticipates it will be under $20,000 and significantly lower in the future as demand for electric vehicles increases and battery costs decrease.

In 2015, about 38 million units of electric motorcycle and scooter were sold worldwide, generating revenue of $13 billion.