Honda Racing has released another statement today after speaking with John McGuinness in hospital following his crash last week.

McGuinness was involved in a heavy crash in practice for the North West 200 races last Thursday.

The crash happened at the Primrose Hill section of the course around 20 minutes before the practice session was scheduled to end.

Initial reports indicated McGuinness, 45, had sustained only a broken leg, but it was later announced that he broke four vertebrae and three ribs in addition to the leg fracture.

The Englishman’s Honda team said on Friday that McGuinness would remain in Belfast’s Royal Victoria Hospital for observation over the next week, effectively ending his chances of riding in the Isle of Man TT.

The Isle of Man TT begins on the 27th May. 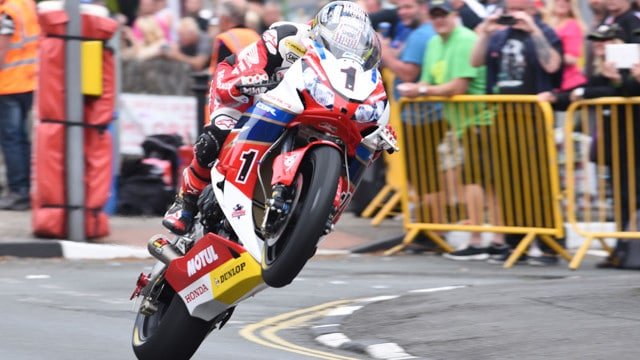 In today’s statement John says he has been overwhelmed with the love and support he has received.


“I really am truly overwhelmed with the amount of support and well wishes that have been flooding in since my accident at the North West 200 last Thursday.”

“Both myself and the wife (Becky) have received so much support and I cannot thank the race fans, industry people, the medical teams and fellow racers enough; all your messages do help pull me through the dark hours.”

Earlier in the week Honda announced that John would wear a cast for up to six weeks in treatment for the vertebrae, and that it had not been possible to plate the compound fracture to his right lower leg as initially thought due to the extent of the injury.

An external fixator was due to be fitted to his leg last Friday, but in today’s statement McGuinness says: “I’m still at the Royal Victoria Hospital undergoing various treatments for my leg injury; the fixator is still yet to be fitted as they don’t want to run the risk of infection, so at the moment it is day-by-day.”

After the crash, McGuinness’ teammate Guy Martin and their Honda team opted to withdraw from the Superbike and Superstock events in Saturday’s North West 200 races.

His injuries have now ruled him out of the Isle of Mann TT, and he may not even be able to attend as a spectator.

“I’m not going to lie, missing the TT this year is going to hurt, but I will be watching and keeping an eye on everything! Good luck to all the lads heading out there; if I am able to head over then of course I will be there, but at the moment everything is day-by-day and I just have to do what I can to recover and get better.”

“It’s going to be a long road ahead, but I have a great support network around me, so I have to be patient and take each day as it comes.”

Our thoughts are with John and his family wishing him a speedy recovery. 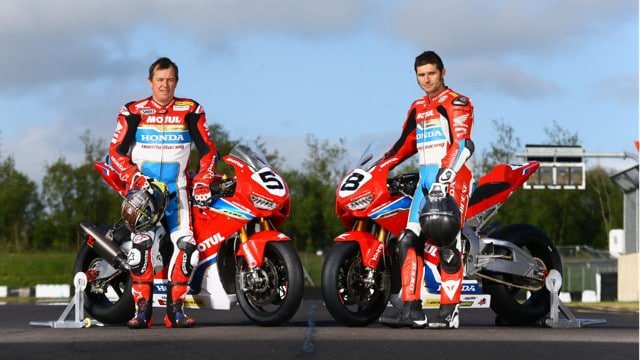