A Russian startup company has released a video of its electric hoverbike prototype, claiming it is the first of its kind that can be ridden like a motorcycle.

Hoversurf is a Russian company that builds drones, including machines that have a carrying capacity of up to 2,500kg.

Its drones are currently used in Arctic and terrain reconnaissance, geological exploration, delivery of equipment to remote locations, and rescue & evacuation operations.

In creating the hoverbike, the company said they wanted to “combine a motorcycle with quadcopter drone technology to create an extreme sports instrument.”

The result is the Scorpion-3 (S-3) – a single-seat, electric-powered hoverbike.

Hoversurf wanted this machine’s size and shape to resemble a compact dirt bike, and sees it’s initial use limited to extreme sports.

For safety, the Scorpion-3’s on-board flight controllers limit the maximum speed and altitude of the aircraft in order to prevent crashes.

I’m sure the company will also enclose those rotors before going to production!!!!

Hoverbike technology is also being investigated by the US Department of Defence, and Dubai’s Road and Transportation Authority is preparing to test passenger ready drones over the city later this year. 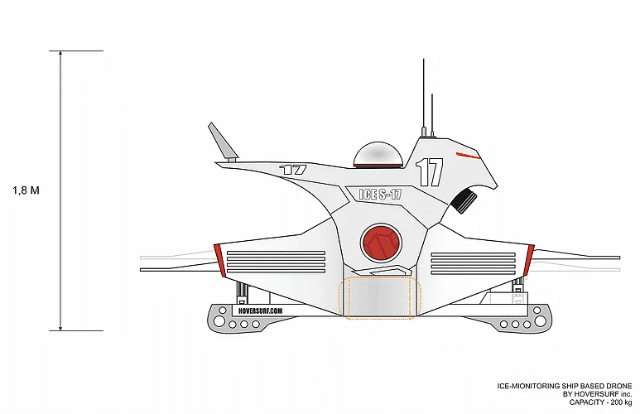