bikesales.com.au, Australia’s number one motorcycle classified website, has announced the winners of its first ever Bike of the Year Awards at the 2016 Moto Expo in Melbourne this afternoon.

The Bike of the Year award recognises excellence across 11 separate motorcycling categories, with the Honda Africa Twin being judged to be the best “Adventure” bike as well as taking out the top honours.

“The adventure bike market remains on a massive growth curve across the globe, so it was only a matter of time before Honda got serious again.”

“The Africa Twin is the end result of that new focus: a cleverly conceived and functional bike that is beautifully balanced, stable and nimble, particularly in an off-road setting”.

“Adding to this, the dual clutch transmission version of the Africa Twin really is the pièce de résistance, and a great ally for the power characteristics of the one-litre parallel twin engine.” 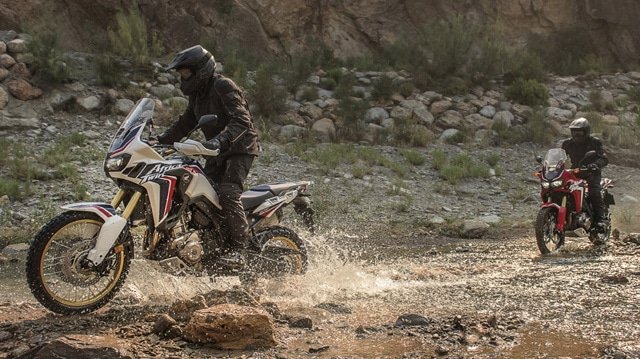 The Honda Africa Twin only went on sale in Australia in February, but in the first nine months of 2016 it became the biggest selling bike in the “Adventure Touring” category, 69 units ahead of its nearest competitor.

Peter Singleton, General Manager of Honda Motorcycles, said that “Honda is really pleased that the Africa Twin has been awarded the bikesales.com.au Bike of the Year.”

“The Africa Twin was introduced in February this year and was an immediate hit with the market, it is particularly satisfying that we are attracting both past and new customers to our product and brand.”

According to the Australian Bureau of Statistics, motorcycle registrations in Australia showed the fastest growth of any type of vehicle from 2010 to 2015, increasing by 22%.

There are now over 800,000 motorcycles on Australian roads, and this was one reason why bikesales.com.au created the awards.

The bikes in all 11 categories must have been on sale by September 1, 2016, and met specific criteria to be included in the judging. Bikes were then judged by the experts at bikesales.com.au on factors including excellence, innovation, performance and value for money.

Other category winners included BMW Motorrad’s S 1000 XR in the “Adventure Sport” category, and the formidable Yamaha XSR900 in the “Retro” category. Those two bikes were also shortlisted in the final Bike of the Year deliberations alongside the Africa Twin.