Despite its current financial woes and the uncertainty surrounding its future, MV Agusta appears on track to unveil its latest creation on the 4th September.

The troubled Italian has teamed up with auto design house Zagato to produce a special model but is doing a very good job of keeping the details under wraps until the official unveiling.

At first the company released a teaser image, and have now released the following video.

There’s plenty of speculation over what the bike will be – but the most likely scenario is that it’s a restyled motorcycle based around the F4, possibly even a cafe racer.

We can tell there’s adjustable suspension front and rear and the shots of the frame and engine also point to an F4 derivative.

MV Agusta has a history of collaborating with other companies to produce special models.

It recently produced a special edition Brutale with Pirelli and has released a number of models bearing the AMG badge.

September is also when the company has suggested it will make its future plans and direction public. 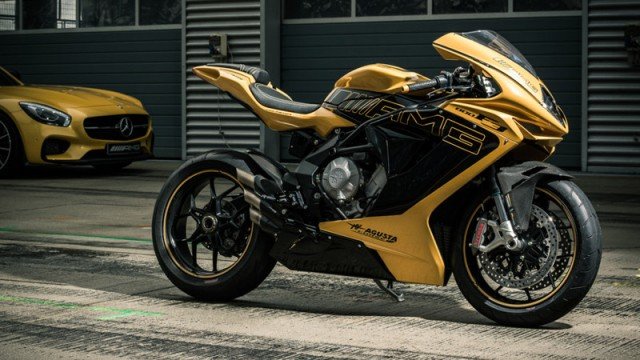 This latest collaboration could be taken to suggest a financial deal has been struck between Zagato and MV.

Zagato was established in 1919 and includes Aston Martin, Lamborghini, Ferrari and Maserati among the many prestigious brands it has worked with.

Its design services have also been used by Ford, Honda and Toyota.

But the obvious question would be whether Zagato has the financial resources to pull MV Agusta back from the brink of financial disaster.

Polaris has also been suggested as a potential purchaser, or at least part owner.

With 3 weeks to the official reveal, we can expect MV Agusta will continue to release teaser images to build interest in the bike.