No word yet on Australian availability, however European and UK customers will be able to get their hands on this new Phantom edition of the Suzuki GSX-S1000FZ next year.

Joining the existing Phantom edition versions of the GSX-S1000 and GSX-S750, the new 1000cc Phantom bike has just been unveiled in the UK.

Suzuki saying the stealthy black livery is offset by subtle red detailing, while the exhaust is also finished in black, further differing it from the standard GSX-S1000F.

The Japanese manufacturer also confirming that for 2018 the GSX-S1000F and GSX-S1000 will also get a three-stage traction control system plus Suzuki’s low rpm assist and easy-start system.

Meantime, Suzuki UK also confirmed that the GSX-S1000 super-naked is available in a new white paint scheme for 2018, with red and black graphics and red wheels (seen below). 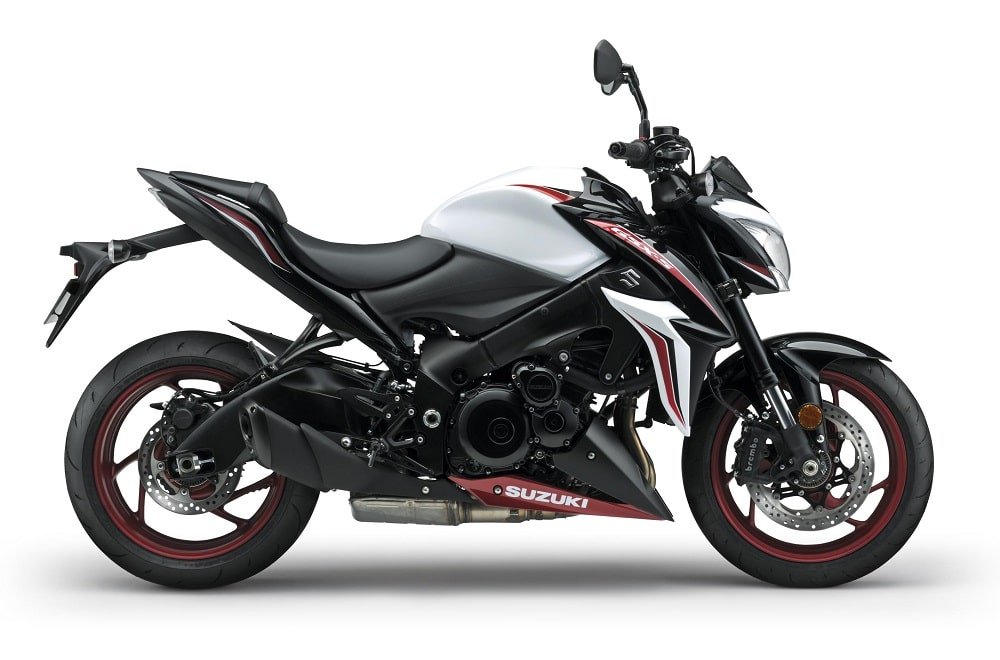 While the GSX-S750 can now be had in an eye-catching red and black livery, alongside the classic blue and black option and all-black Phantom.

We will keep you updated with Australian pricing, availability and specification details when confirmed by Suzuki Australia.

Stay up to date with the latest news from Suzuki @ motorcyclelife.com.au