Indian Motorcycle has recalled a large number of models ranging from the 2014 Chief Classic to the recently released Chieftain Darkhorse.

The recall notice issued through the ACCC states that there is a concern unburned fuel can be routed in to the exhaust system, potentially increasing exhaust temperatures and creating a risk of fire. 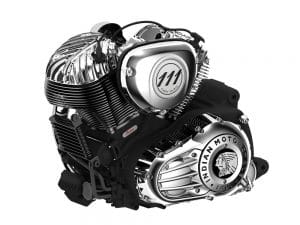 The following models could be affected:

The list would suggest that the issue is common to every Thunder Stroke 111 V-Twin engine.

Reports from overseas are suggesting that the engine requires an ECU update to solve the problem.

All affected bikes were manufactured on or before June 10, 2016, and owners should contact their nearest Indian Dealer to arrange for inspection and repair.