Triumph has confirmed its third year as major sponsor of the Distinguished Gentleman’s Ride.

The only motorcycling charity event of its kind, The Distinguished Gentleman’s Ride is a celebration of the art of being dapper and the style of classic custom motorcycles.

The Distinguished Gentleman’s Ride was founded in Sydney by Mark Hawwa.

It was inspired by a photo of Mad Men’s Don Draper astride a classic bike and wearing his finest suit.

Mark decided a themed ride would be a great way to combat the often-negative stereotype of men on motorcycles, whilst connecting niche motorcycle communities together.

Triumph proudly became the global sponsor of the event for the first time in 2014 after deciding that the ride captures everything to be celebrated about motorcycling. 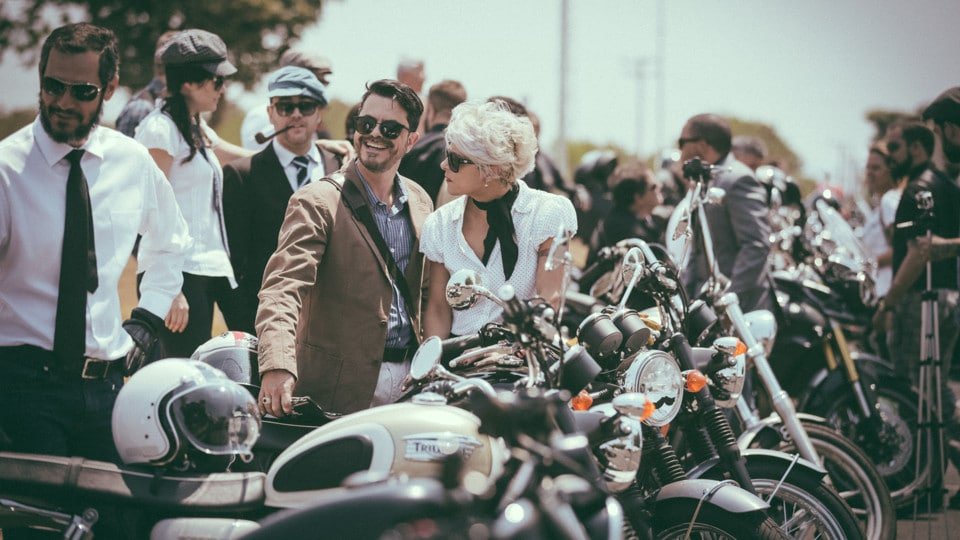 Last year saw record numbers of participants as more than 37,000 smartly-dressed gentlefolk joined forces in 410 cities, raising over $2.3M dollars for prostate cancer research from the saddles of their niche styled motorcycles.

This year, with the support of Triumph Motorcycles, the Distinguished Gentleman’s Ride is aiming for 50,000 riders to take part in events in over 500 cities across 90 countries.

Ride founder Mark Hawwa says, “We are just blown away by the traction and the enormous support over the past four years. It’s fantastic to see so many different countries and cultures uniting together to offer much needed support toward prostate cancer research and suicide prevention programs.”

This year, for the first time, the Distinguished Gentleman’s Ride have chosen the Movember Foundation as their official charity partner and have set a fundraising goal of $5M to be invested by the Foundation in local and global prostate cancer research and suicide prevention programs.

“Along with the synergy and genuine support from world class brands such as Triumph Motorcycles and Zenith Watches, and with passionate organisations such as Movember, together we will do everything we can to support the cause and cover the globe with incredibly well dressed gentleman and genteel lady folk”, Mark added.

For further information and to register to become part of genteel riding history, visit www.gentlemansride.com.