Final preparations are complete and the Triumph Infor Rocket Streamliner team is heading back to the Bonneville Salt Flats next week for an attempt at the motorcycle land speed record.

After the successful practice runs at the beginning of August where pilot Guy Martin set a new Triumph record of 274.1 mph (441.3 km/h), the Streamliner was transported back to the team’s home base in Portland, Oregon to begin final preparations for the record attempt.

The preparations have had the team very busy as they conduct a thorough inspection of the Rocket Streamliner.

The first task was to clean the entire vehicle and remove the salt that had collected from the test runs.

The vehicle is cleaned up to four times and the process takes the team a week to complete. 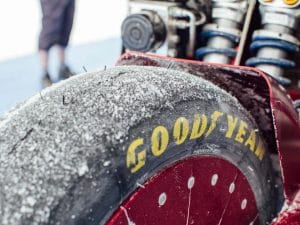 The major components, including the engines, were then removed so they could be inspected.

After a visual check of the engines and a change of oil and filters, the engines were sent to the dyno to carry out a series of power simulations and re-check each unit’s performance.

The monocoque, suspension and drive train components have all been meticulously checked for any signs of wear or stress and then serviced and lubricated, before being refitted to the Streamliner.

Even changing the tyres – a simple process on a road motorcycle – is very involved.

The process on the streamliner involves removing 200 screws and stripping down the wheel before the tyre can be changed.

The whole process is then reversed, but before both wheels are refitted to the bike they are sent away to be checked to ensure they are balanced correctly and are structurally sound.

There is only one facility in the USA that can test under load at over 400 mph to ensure the tyres can cope with the stresses placed on them during the record runs.

The Triumph team believes the Rocket Streamliner, powered by twin Triumph Rocket III engines that produce a combined 1,000 bhp, is capable of reaching a staggering 640 km/h. 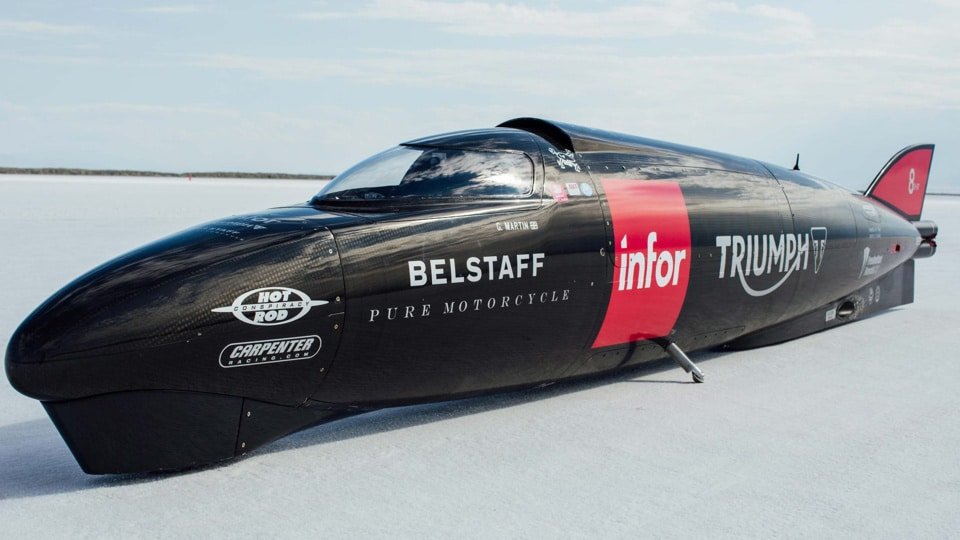