Council will now recommend that the Southern Joint Regional Planning Panel approve the application as a “deferred commencement consent” (meaning more information needs to be supplied before a final consent will be given) at a meeting in Nowra this Wednesday. 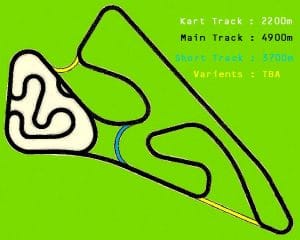 The development will involve the upgrade and extension of the existing Nowra District Motorcycle Club and the construction of a new sealed road racing track with administration buildings and parking, and has an estimated budget of $19 million.

The Federal Government pledged $9.532m towards construction of the venue under the National Stronger Regions Funding initiative last December.

The proposed facility would be run by Motorcycling NSW and would not only cater for motorcycle sports, but also for car and kart racing.

It will also be able to facilitate other community activities including cycling, fun runs, rider and driver training, corporate events, school-based activities and television and film production.

Shoalhaven Mayor Joanna Gash said “The motorsports facility will provide the area with a state of the art motorsport hub with the ability to host racing at a national standard, providing a range of flow on benefits to the entire Shoalhaven”.

A survey has shown outstanding community support for the development, with over 90% of respondents in favour of the complex.