The two remaining Australians in the 2017 Dakar put in another strong performance in Stage 8 today.

Barreda once again went out hard trying to recover time after most of the leading Honda riders were hit with a 1 hour penalty last week.

At the end of today’s stage he was in 9th place overall and still just over 1h10m behind overall leader Sam Sunderland (KTM), and that gap is going to be very hard to close.

Sunderland’s teammate, Matthias Walkner, finished today’s stage in second place with a time just 3 seconds faster than Sunderland and that has moved him up to 4th overall.

Today’s stage was once again altered due to weather conditions.

It was already going to be a tough one being the second part of a marathon stage and the teams had not had been allowed to service the bikes overnight.

Despite that, 108 of the 110 bikes that started the stage made it through.

Spaniard Oscar Romero and Guillaume Chollet from France, both on Yamaha’s, were the two withdrawals.

Our friend Manuel Lucchese is continuing to move up in the placings – he now sits 57th outright.

Manuel has taken on this year’s event in the “malle-moto” class and is competing without a support crew.

Our very own Christophe Barriere-Varju knows what that’s like. 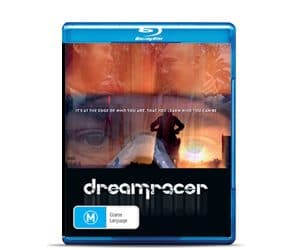 The multi-award winning film Dream Racer follows Christophe during the Dakar when he ran in “malle-moto” himself.

You can watch the movie, or buy the DVD/Blue Ray, at dreamracer.tv.

It’s the purest footage you’ll ever see of the Dakar, and one of the most inspiring films of all time.

Coverage of the Dakar continues on SBS today from 5.30pm to 6.00pm (check your local TV guides to confirm), and check in here at Motorcycle Life and the Dream Racer Facebook page for regular updates.