Entering the Dakar for the fourth time this year makes 41 year old Rodney Faggotter the most experienced of the three Aussies contesting the event.

Rodney’s debut in the Dakar came in 2012 when he had the chance to race alongside veteran David Schwarz.

He learned just how tough the race can be to finish in Stage 5 when an engine failure took him out of the event, but by then the Dakar bug had bitten and he was determined to come back again.

And he did the very next year!

Rodney raised enough money through sponsorship and fundraising to be able to afford a “rental” ride with Yamaha France on a rally kitted YZ450.

He says he turned up that year with just a gearbag and had no idea if any of the team could even speak English!

Things went much better that year and Rodney placed 14th place outright, and finished as the 2nd highest ranked rookie as well.

Despite his success and knocking on many doors Rodney found it hard to raise the funds to get back to the Dakar in the following years.

He found there was little support, particularly for non-European riders, and had almost given up on the opportunity of racing Dakar again but decided he would at least race the Abu Dhabi round of the World Cross Country Championship. 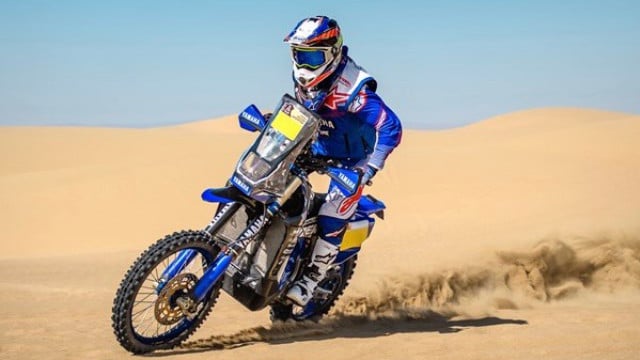 That decision re-connected him with some of the people from Yamaha France he had raced with in 2013 and ultimately lead to his inclusion in the official Yamaha Factory Rally Team for 2017.

Rodney joined the team as the “water boy”, meaning he had to look after their main riders Helder Rodrigues and Adrien Van Beveran if they have problems.

But it meant Rodney had hit the “big time”.

“Our bikes are supplied, entries paid, we’re assigned a mechanic each with access to many exclusive parts/motor and suspension combinations. And the unbelievable luxury of a motorhome at Dakar. Plus, the training and knowledge that can only come from the years of experience these guys have attained.”

Back in 2018 and stronger than ever

Once again, technical issues took Rodney out of the 2017 event in Stage 5 while he was running 14th.

For 2018 Rodney is looking to make the most of his experience and mechanical aptitude and assist the team to get as close to the top five as possible.

Personally, he would be satisfied with a top 10, but isn’t discounting a top five performance – and he has the skill, experience and machinery to do it!

From humble beginnings to Dakar glory

Rod grew up on a sheep and cattle station in Longreach in the Australian outback and gained much of his early experience mustering.

At 18 he used his first pay check to finance his desire to go moto-x racing, started racing at 19 and did that until his mid-twenties.

At that point some friends introduced him to desert racing, which was more suited to his style and the type of riding he’d done as a youngster. He found that his forte turned out to be road book rallies, and that started him on the road to the Dakar.

Along the way Rodney has claimed two victories in the Australian Safari winner and is a three-time Condo 750 Rally winner. He has also won the Finke Desert Race, the Yellow Mountain Cross Country event and has placed well in the Baja Inka Rally.

Married with 2 children, Rodney still lives in Longreach and his mum and 2nd eldest brother still own the sheep and cattle property he grew up on.

At 26 Rodney started Centretune Motorcycles, his Yamaha dealership in Longreach, and his experience and mechanical knowledge from the workshop is recognised as an asset to the Yamaha race team.

“Being a member of the Yamalube Factory Team is a lifetime opportunity. For this Dakar 40th edition I expect a lot of sand. For me Dakar is synonymous of challenge and I’m ready for it.” 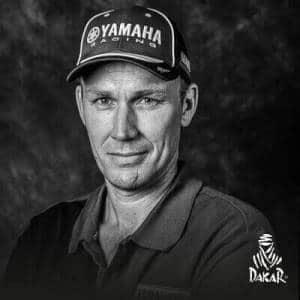