Toby Price has taken the lead in the Dakar after a solid win in the second stage.

Price started the day 17th and 1m23s behind overnight leader Juan Pedrero Garcia, which gave him a good starting point in the field as they dealt with the 40 degree heat and dusty conditions in Argentina. The field also found themselves dealing with a lot of cattle on the roads.

Toby lead at every timing point and finished the stage 3m51s ahead of second place Paulo Goncalves, giving him an overall lead of 2m54s.

“Today was a whole different day,” Price said. “There was a lot of speed; a lot of fast roads and it was really dusty. We also had to deal with a lot of animals.”

“But it’s good to get to the finish with this heat.”

Australians Rod Faggotter and Todd Smith both finished the stage in the top 20, but a 22 minute penalty has dropped Smith back to 52nd overall for the stage.

Rodney now sits 13th overall, while the penalty (and we don’t know yet what it was for) has dropped Todd to 45th in the overall rankings.

Dakar rookie Matthew Hart is sitting 58th overall after an impressive 35th fastest time in Stage 2. He was handed a 15 minute penalty for an engine change at the end of the first day, and is currently 46m36s behind the overall time set by Toby Price.

Motorcycle Life friend Manuel Lucchese has had a steady day with a 57th fastest time of 03h17m08s in the stage, placing him 56th overall.

Manuel is competing without a support crew, doing his own preparation and mechanical work and in his own words is not the fastest in the event but is certainly consistent.

Simply completing the event will be a major achievement for the Italian rider.

Stage 3 today takes the riders on a 780km journey from San Miguel de Tucuman to San Salvador de Jujuy, the capital of the Jujuy Province in northwest Argentina. They will face their first real test of endurance as they begin to climb to almost 3,500 metres above sea level.

SBS continues its daily coverage of the Dakar today from 5.30pm to 6.00pm (check your local TV guides to confirm) and we will bring you as many updates as we can. 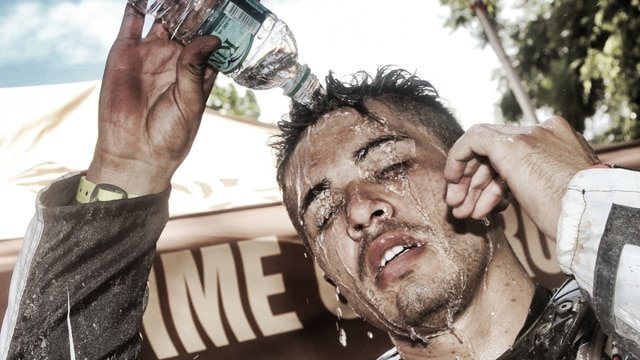