So with much fanfare came the official launch of the Ducati MotoGP Team. The entire team and management were introduced to the under enthusiastic audience. The event was streamed online and one can only assume the bulk of the excitement was left to us viewing the event from afar.

The main takeaways from the event were that the tyres are going to play a role in this years championship. The rubber has played a major part in everyone’s testing regime this year and as Andrea Dovizioso pointed out, the tyres have changed test to test meaning that the set up that worked previously was null and void come the latest test.

In regards to the ECU several members of the t am pointed out that they have been using the unit on their satellite bikes for the past season so the introduction of the control into the factory teams came with no surprises. This could be an interesting factor in that Ducati still maintain a lot of control and involvement with their satellite t arms, more so that other manufacturers. 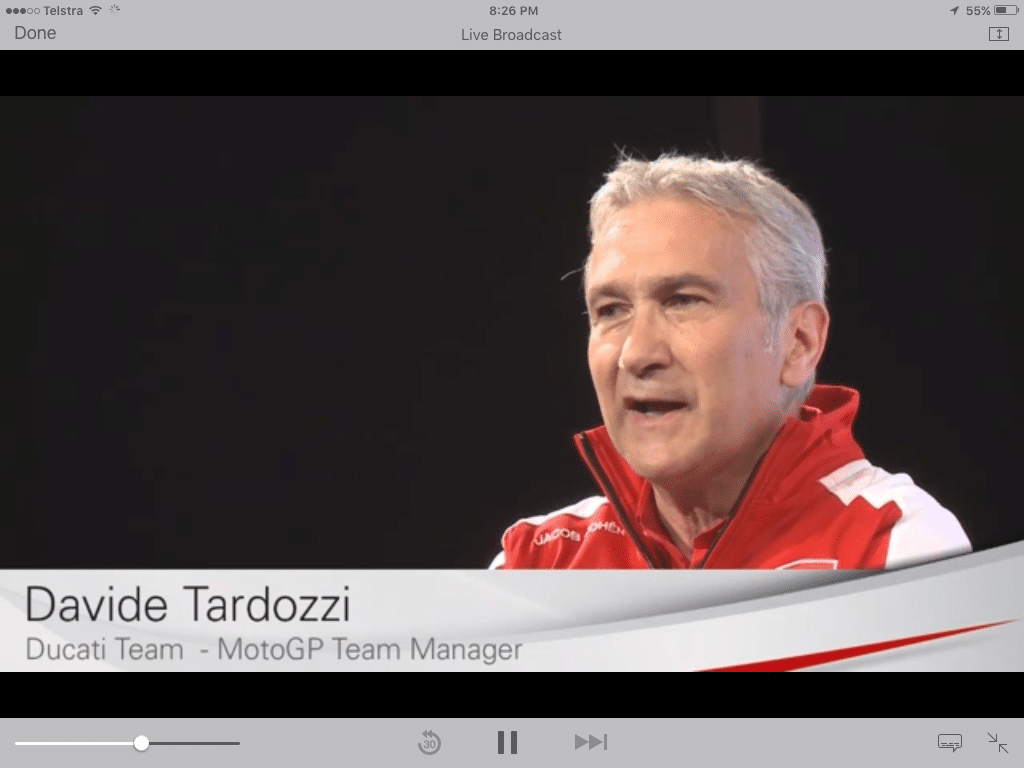 Then came the inevitable praise for their new “test rider”, Casey Stoner. After showing up the factory pilots at the first test the praise was well deserved. From his input it will be interesting to see what role this test rider can play. He did not ride at Philip Island, however he apparently played a large role of mentoring the factory riders and assessing the other manufacturers equipment, which of course he knows rather well (Honda that is).

The point that everyone their seemed to be making that this year showed real promise and the team seemed to grasp the opportunity that had been presented with the change in rules.

I’m starting to get excited now. Bring on Qatar!