Suzuki Australia has announced special introductory pricing of just $9,990 ride away for the all-new SV650 that arrives in Australian dealerships next month.

The new model builds on an already strong reputation for the bike that was first introduced in 1999, and the vastly improved 2016 version is already getting good reviews overseas.

Suzuki believes the V-Twin’s linear power delivery throughout the rev range, and its strong torque in the low-to-mid rev range offers the best engine characteristics for this market and sets it apart from the many parallel twin engine powered bikes in the learner market. 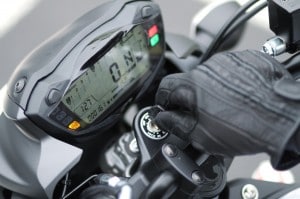 Fuel economy has also been improved.

That helps make the SV650 a very versatile bike and a great choice for daily commutes or weekend excursions.

Suzuki has also refined the frame and added some new technology to the 2016 SV650.

There are over 80 new parts built into the new chassis all designed to achieve a lighter mass and slimmer body work.

At its widest point the fuel tank has been reduced by 64.5mm and the SV650 has the lowest seat height in its class at 785mm.

All this helps make the bike more manageable for less experienced riders.

The new SV650 also has a new Low RPM Assist function which raises the engine rpm in launching or low rpm riding conditions.

The Low RPM Assist system helps the rider achieve a smoother take-off and makes low speed riding such as through traffic or stop-start scenarios easier.

Other new features include larger brakes with ABS as standard.

It will be available from next month in three striking colour schemes Pearl Mira Red, Pearl Glacier White and Metallic Matte Black.