Nick Sanders is a British bicyclist, motorcyclist, pilot, author and film maker who is noted for his long-distance riding.

He has been riding motorbikes since he was 16 years old, and has been an adventurer for 33 years. 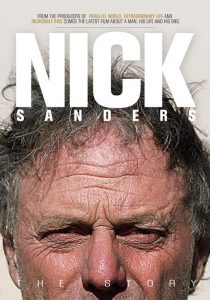 He has now circumnavigated the world 7 times on a motorcycle.

Nick has also cycled across the Sahara Desert, the length of the River Nile and has also sailed 2 narrowboats from the UK to the Black Sea in Romania and back.

We caught up with Nick in his home in the UK to talk about his latest film – Extraordinary Life of an Ordinary Man – a 97 minute film that covers his life from the early family days though his most major adventures and record breaking activities.

You can watch Nick Sanders’ latest film on Dream Racer Television at https://ondemand.dreamracer.tv