The date has been set for the long awaited return of beach racing in South Australia.

The Levis Motorcycle Club recently announced that approval had been granted by the Onkaparinga Council to run the event at Sellicks Beach, and have now confirmed the date as the weekend of 18th and 19th February, 2017. 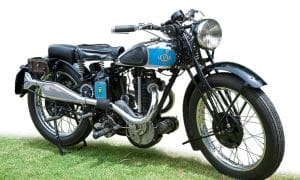 The beach is about 50km south of Adelaide and has a naturally good surface for beach racing because of an underlying pebble base.

Levis MC Spokesman, Steven Matthews, says the Club is thrilled to be able to again run this historic event.

Levis Motorcycle Club is the oldest motorcycle club in South Australia and the Sellicks Beach Speed Trials were the main annual fixtures of the club for almost thirty years.

The event was a regular summer highlight up until 1953 with the trials generally run on the Australia Day weekend.

The return of the event has sparked interest not just from locals, but from interstate, England and New Zealand.

The track will be a 400m length of the beach with a hairpin bend at the end, giving a total of 800m.

Entry will be limited to all makes of vintage motorcycles manufactured before 1963 with several classes depending on the age and engine capacity of the bike.

Steven Matthews says the Levis MC and Motorcycling SA have been working for the past two years to get approval to run the event which will be unique in Australia.

“Club members have been working non-stop since approval was granted to get the event organised.

“We will be opening entries and ticket sales very soon, people who are interested should keep an eye on the Club’s Facebook page for details.”