Jack Miller set a mission for this year – to finish in the top 10. And so far he’s right on track!

The Aussie Honda MotoGP rider finished 10th in last weekend’s round at the Circuit of The Americas in Austin, Texas.

But it wasn’t his final placing that made headlines, it was the battle he had with 3 time MotoGP champion Jorge Lorenzo.

Starting 12th on the grid, Miller caught Lorenzo and hassled him for much of the race, only being outdone by the Ducati’s superior straight line speed.

Lorenzo says the race went better than he expected, but front tyre issues caused him to lose pace towards the middle of the race.

Once the Texas dust settled, Jack Miller opened up about the race, saying “All I could do was wait and hope!” 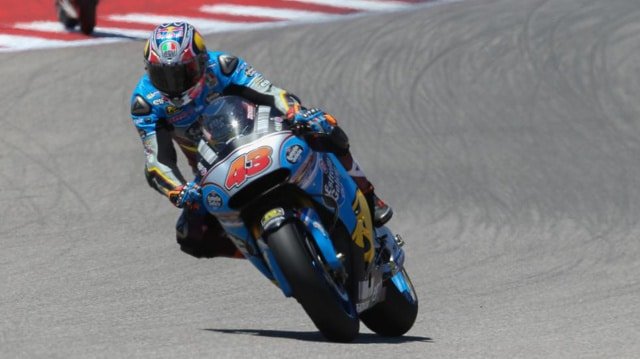 “I had good speed from the start of the race but it is just so difficult to overtake, I was losing so much time off the slow corners and it is not easy to make it up in the braking zones.”

“All I could do was wait and hope Lorenzo made a mistake and then towards the end of the race I lost some feeling with front.”

“It was another solid result, I got some points with a top ten finish and learnt a lot.”

Marc Marquez’s win in the round moves him to third in the championship, while a second place for Valentino Rossi and DNF for Maverick Viñales has handed Rossi second place in the title race.