Kawasaki is pushing ahead with its plans to incorporate artificial intelligence into its motorcycles.

The company announced in August that it plans to develop next-generation motorcycles with a personality that can grow along with the rider, and just this week released a video showing how the systems might work.

The video shows a rider having conversations with the bike and the bike responding – even making suggestions for actions the rider should make.

Kawasaki will use the Emotion Generation Engine and Natural Language Dialogue System being developed by cocoro SB Corp., a member of the SoftBank Group.

The systems are a form of artificial intelligence that enable man and machine to communicate, give the machine life-like feelings and technology capable of recognising emotion by the sound of the speaker’s voice. 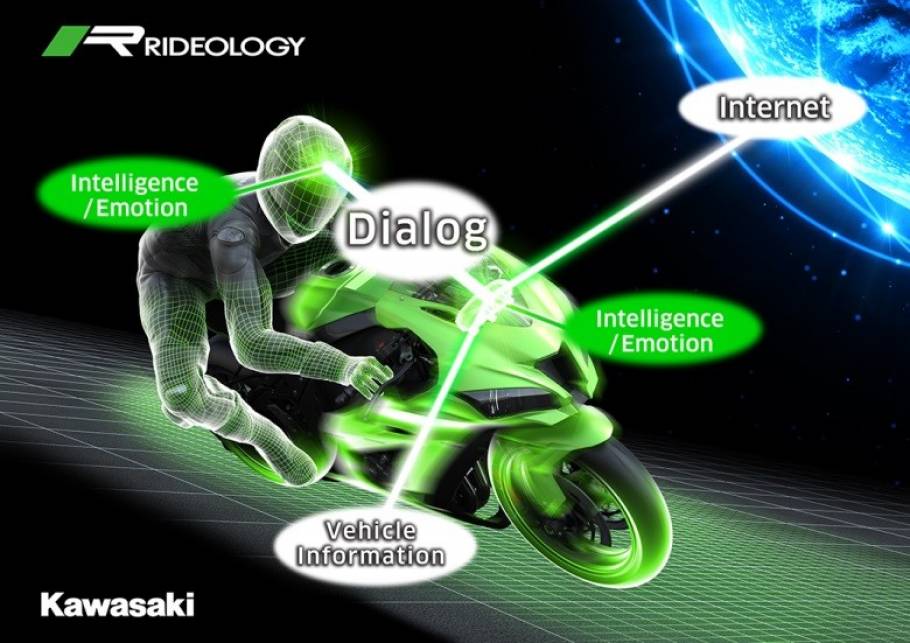 Kawasaki’s press release says the systems allow the rider and motorcycle to share an understanding of the rider’s intentions, and that it will open the door to a new world of unprecedented riding experiences.

With its internet connection the bike will have access to Kawasaki’s bank of analytical chassis and running data, as well the vast amount of other information available on the internet.

It also appears the bike will use data from the surrounding cars and road infrastructure, another system often referred to as a Cooperative Intelligent Transport Systems (C-ITS).

All this data will allow the system to offer suggestions to the rider to improve their riding enjoyment, or to relay safety-related advice.

It will also allow the system to update machine settings based on the rider’s experience, skill and riding style.

There are no suggestions of the AI systems taking control of the motorcycle, and certainly no suggestions (at this stage) of Kawasaki building self-riding capabilities into the machine.