Film offerings on Dream Racer | Television have been expanded from the 7x Award Winning Dakar Rally Film – Dream Racer – and now include films produced by National Geographic and other talented film producers.

The latest feature films added include multiple world record holder, Nick Sanders –  with his latest film “The Extraordinary Life of an Ordinary Man” a 96 minute film that covers his life from the early family days though his most major adventures and world record breaking activities.

He has now circumnavigated the world 7 times on a motorcycle. Nick has also cycled across the Sahara Desert, the length of the River Nile and has also sailed 2 narrow boats from the UK to the Black Sea in Romania and back. Nick Sanders is the embodiment of what it means to be an adventurer. 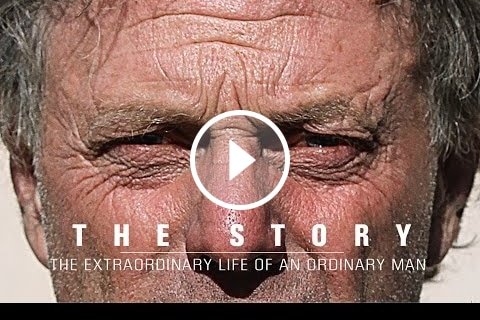 The film includes cameo appearances from a glorious cast of characters such as Robert Dunlop, Martin Finnigen and in a spectacular fusion where racing meets adventure, they all mix with Nick’s world record journeys to rub shoulders with sponsors, coaches and industry insiders, discussing the merits of a lifetime of achievement from one man, Nick Sanders.

This latest film is a superb testament to a 35 year epoch of adventuring that as well as being truly historic, will almost certainly never happen again.

“Having someone the calibre of Nick Sanders as part of Dream Racer | Television is truly an honour and it reinforces Dream Racer’s core value that anyone with a dream can accomplish anything. Where ordinary people can do extraordinary things and inspire others to achieve their own dreams. We look forward to promoting and making Nick’s film available to a worldwide audience” says Christophe Barriere-Varju from the Dakar Rally Film, Dream Racer.