Queensland Police have released a media statement (15th December, 2016) urging motorcycle riders, and other road users, to take extra care on our roads as we come into the Christmas period.

The media statement comes after the deaths of 6 riders in Queensland in the past week.

Not surprisingly, it hasn’t been received well by some rider groups.

To add some balance to the situation, another media statement 3 days earlier (12th December, 2016) specifically urged drivers to take care on the roads as well! 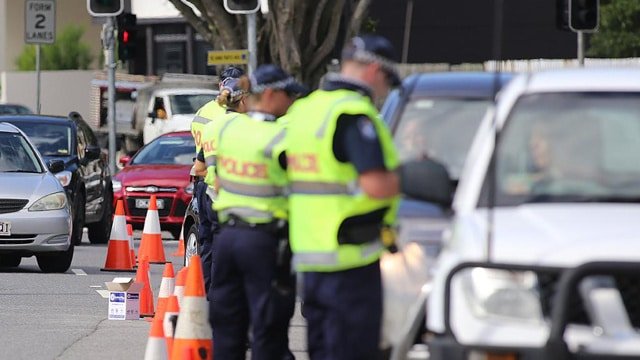 There’s also a media release today (16th December, 2016) notifying of a crackdown on those driving under the influence of alcohol and drugs.

Here’s the latest media statement relating to motorcyclists in full.

Queensland has already recorded 59 motorcycle fatalities on its roads this year, including six fatalities in the past week.

Road Policing Command Inspector Peter Flanders said the shocking road toll for motorcyclists is now the highest it has been since 2012.

“The reality is motorcyclists are more vulnerable to injury than drivers and passengers in any other motor vehicle on our roads,” Inspector Flanders said.

“With the increased traffic on our road networks in the lead up to Christmas, we are pleading with all road users, especially motorcyclists, to take extra care and remember the Fatal Five.

“Excess speed and loss of control are contributing factors in many traffic crashes involving motorcycles, so we really need riders to take responsibility and ride at speeds relative to the conditions.

“The faster you go on a motorbike, the more severe the impact of a traffic crash is.”

“Over the Christmas and school holiday period, police will be out in force targeting drivers putting themselves and other road users at risk by breaking the law,” he said.

“Officers will be conducting random alcohol and drug testing for drivers, undertaking both covert and overt speed enforcement strategies in high-risk zones while maintaining a highly visible presence throughout the campaign.”

For more information about motorcycle safety visit the Department of Transport and Main Roads website: https://jointhedrive.qld.gov.au/motorcycles/motorcycle-skills