After the battles and final success of ride-sharing service Uber in Australia, will motorcycle ride sharing be next?

Grab, an app-based ride-hailing company similar to Uber, operates throughout South East Asia and allows motorcycles to be used as one of the forms of transportation.

It is currently operating in Malaysia, Singapore, Thailand, Vietnam, Indonesia and the Philippines.

As of July 2016, the number of drivers registered in the network was over 350,000, and the Grab app was downloaded onto more than 19 million mobile devices across Southeast Asia.

GrabBike uses professional riders who work on either a full time or part time basis, while GrabHitch drivers are regular commuters offering to pick up paying passengers on a more casual basis. 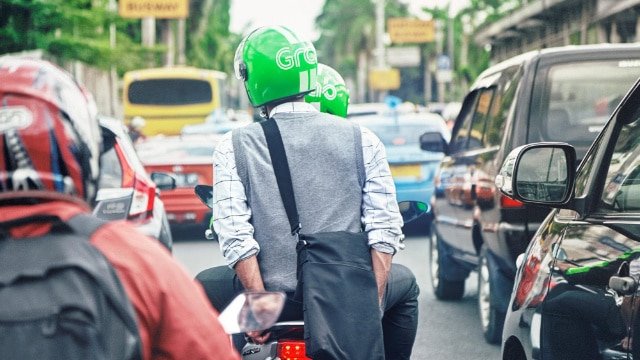 The two companies have signed “a memorandum of understanding to collaborate on various initiatives to enhance benefits for GrabBike drivers and riders in all countries where GrabBike operates”.

As part of the partnership, Honda has made a strategic investment in Grab.

The press release goes on to say that “Grab and Honda are both deeply committed to making transportation safer and more convenient and, through this partnership, they plan to work together to address Southeast Asia’s toughest urban transportation challenges.”

The companies expect to collaborate on driver education programs to promote motorbike safety, efforts to reduce traffic and environmental congestion in urban areas through ride-share and other technological advancements.

Could the same model work in Australian cities?

With the number of motorcycles per head of population much higher in Asian cities than here in Australia, motorcycle ride sharing works.

And as our Australian cities become more densely populated and traffic more congested (have you tried to travel in Sydney during peak hour?), could this be a real alternative?

Would you use a motorcycle ride-sharing service to commute? Would you feel safe?

Let us know your thoughts by leaving a comment below?