A possible fault with the Electronic Control Unit has prompted the recall of select Kawasaki models by the Australian Competition and Consumer Commission.

The recall notice affects the Kawasaki BR125 – more commonly known as the Z125 PRO – including JHF, JFHA and JJFB variants.

However, since the recall was announced confusion over the nature of the possible fault seems to be creating more concern than the fault itself.

An error in the Electronic Control Unit (ECU) in the fuel injection system may cause engine RPM to drop when slightly opening the throttle during stopping or starting of the vehicle.

This defect could lead to the engine stalling.

Apart from the obvious impact the recall has on owners of the bike, misunderstanding around the nature of the recall is what is creating confusion.

The ECU is a computer that controls most, if not all, of the engine’s functionality. But like any computer, a simple software upgrade can resolve many issues. 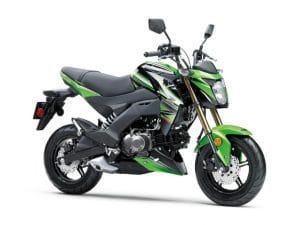 In that way, the fault is minor and quite a common issue in the automotive industry for both cars and motorcycles. In fact, many of these updates are actually performed during regular servicing without the owner even being aware of the potential issues.

All customers are advised to return their motorcycle to an authorised Kawasaki dealer to have this repair completed free of charge.

To see if your motorcycle is affected by the recall check the full VIN list here.