In the first of a series of stories we have planned with women motorcyclists, we catch up with Tarran Deane.

Tarran is also an avid motorcyclist and recently joined us on the SMART Rider course, which gave me the perfect opportunity to sit down with her and gain an insight into how motorcycling fits in with her busy lifestyle and compliments her business success.

“Grace and grit” – is a quote attributed to Tarran and it seems so appropriate when you spend time with this charming lady.

Tarran grew up on a farm in the Tamworth area and recalls being around bikes as a young girl.

“My first experience with motorcycles was sharing my Dad’s Yamaha TT 250 back in the day, before moving onto the farm’s Kawasaki 175.”

“I remember one Christmas when I was 13 yearning for my very own bike and wrestling with my feelings when my younger brother, who was 3, received a Peewee 50 for Christmas. Those school holidays I had to run beside him to make sure he didn’t fall off the bike.”

“I never let go of the vision of one day having my own bike. Right then though I knew I needed to learn the lesson of being grateful for that ping pong table I received. Ironic!”

Tell me about your bikes then…

“My first road bike was an LS 650 BMW, before moving on to the Ducati 600 Monster, the red one. Ducati’s have become my bike of choice, and my current Ducati is the 800 S2R.”

And where did you find that bike?

“We have been riding enthusiasts for decades, Dave for 38 years, me for 20. I grew up on the farm, riding horses and the trail bikes. For many years I was a pillion passenger but that didn’t last. I wanted my own steed. So, I swapped horses for horsepower.”

“I’d been really comfortable on the 600 Monster for a long time. Another mate, Steve, that we’d ride with quite regularly, and Dave were talking about the power of the 600 and thought I might like a bit more. They were right. Dave was scanning through something online and came across it.”

“Heading up to Brisbane I popped in at Springwood and took a look at her, expecting black and charcoal. There it was – with a mauve stripe!”

“Getting my head around it, I double-checked Dave knew that it was mauve and black vs. charcoal and black. He knew. The salesman and I started her up and I was sold on it AND I’m loving the colour.

“The Zards exhaust on it sounds amazing!”

Do you remember learning to ride?

“I can remember my dad zooming around the paddocks on the bikes and I think as a young person, what we do is we learn a lot through observing.”

“My initial recollection is him standing beside the bike and talking with me about the throttle and the clutch, and there is one instance, one significant instance that I’ve mentioned in a couple of presentations when I talk about trust.”

“There was a place our parents took us out to, a reserve where you could take all the bikes out. There was significant erosion down through a gully and Dad was teaching me how to slow ride and come down a gully.”

“I remember being terrified because I didn’t know how it worked.”

“I didn’t know how the machine worked and it wasn’t the case that I didn’t trust Dad, I didn’t know how it worked, so my learning style was different and he was standing at the bottom saying, ‘Just let the engine do the work as you’re coming down the gully,’ and I’m like, ‘I can’t do it!'”

“For me it was a really interesting point and I use that analogy when it comes to training and change in the workplace and leadership and that occasionally, when we receive push-back as leaders when we’re trying to implement a change program, it’s not that the individuals don’t trust us, it’s just that they don’t know how the machine’s going to work.”

“We need to explain the mechanics of it to them in a way that takes into account their learning styles.”

Do you think that’s more prominent in women than in men?

“There is a common thread when I see that people are very fearful of messing up, and as a way of helping them feel empowered, they’ll ask more questions.”

“In terms of fearlessness, stereo-typically I would say that men have typically been more fearless because they haven’t been as concerned about what other people think and they’ll just go out and have a crack at it.”

“Historically, between the 1970’s to 1980’s, we’ve seen a more public emergence of women beginning to step into their own sense of empowerment. There’s been a shifting demographic within families for example, where it’s gone from single income to dual income.”

“We’ve seen younger women begin to feel empowered and increasingly financially independent. Many women are having children later in life, can’t have children or choose not to and in their own time step outside old community norms and stereotypes to have some fun and pursue their passions, without sacrificing their priorities.”

“We’re seeing women at every level realise that it comes back to communication with their inner circle, their spouses, their families, their kids, their colleagues, and as long as they’re talking things through, they’re able to exercise choice and with that choice comes a sense of empowerment.”

“What I’ve recognised is there are still triggers, predominantly in females, that at times hold us back from pursuing the very thing that we love, and those triggers include rejection, which is ultimately the root cause of why people are afraid of failing, because they want approval, they want acceptance, they want to belong – and they don’t want to disappoint those they care about or whose opinions really matter to them.”

Motorcycling features a lot in your corporate world doesn’t it?

“Yes, the bike features a lot in my presentations including an official video we use as a 30-second intro when I speak at an event.”

“I remember presenting to a group of engineers in Victoria, it was the first time someone asked me at an event if it was a midlife crisis? I just went, ‘Wow, that says more about you than it says about me!'”

“It’s sometimes difficult for people to reconcile, because of their own life experience or bias, that there are other experiences out there. As a 6 foot tall Aussie, with long blonde hair who happens to ride Ducatis, I shake the old stereotype of women motorcycle riders and love being strong, feminine and adventurous.”

That’s a fantastic way to put it – where did that expression come from?

“I think it actually might have been President Obama speaking of Michelle. I liked the phrase so much I went, ‘Yeah, that’s it.'”

“The whole ethos behind my company Corporate Cinderella came into being one rainy Saturday afternoon as I was watching a Drew Barrymore movie called ‘Ever After’.”

“I was looking at this film thinking, she’s the right combination of strength and femininity. I’ll use the term now of ‘Grace and Grit’ because the character showed great courage, she showed that innovation didn’t have to be something completely new, it’s just a new way of looking at an existing problem.”

“She negotiated for the rights of the people, she was diligent in the performance of the duty, she executed well, she maintained relationships and did not shy away from robust conversations. She had an energy and a vibrancy to her. She understood the laws of the land. She leveraged her position for good and she embraced the sense of adventure.”

“There are a lot of us that are full of grace and grit, and one of my core values is adventure. My husband’s an avid surfer and I love that, but I need cornering, I need action, I need a little bit of speed and that’s always within the limits but it’s still different on a bike than it is in a car. And really, I’m so not a surfer.”

And finally, what would you say to women thinking of getting into motorcycling?

“Do it for yourself. Not for image, not for street creed. Do it because it’s something that you truly enjoy or that you would like to learn how to enjoy so that you’ve got a little something for yourself. In that phase you’ll discover more things about yourself and your character as well as having fun in the process. It doesn’t mean that you’re having a midlife crisis. It just means if you have something that you desire to step into yourself and embrace life, if motorcycling is your thing then do it and ride your own damn bike.” 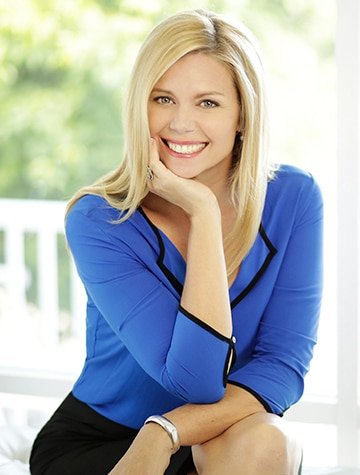 Wife, Mum and Step Mum to four daughters, Tarran is a regular Commentator on life and leadership.

You’ll find Tarran wearing optimism like a robe and smiling boldly at the future. Tarran brings a warmth, curiosity and call to action in everyday situations!

From fleeing Victoria Bus Station in London as a 17 year old, at the height of the IRA bomb raids, walking the runway as a National Finalist in the Face of Australis, to stepping up into key influential roles in Australia’s Not for Profit sector, and now running alongside leaders from diverse industries including finance, engineering, mining, health, ministry, associations, government, private enterprise, retail, hospitality and tourism, this woman is adept at changing lanes and making sure no one gets left behind on the journey.

Learn more about this extraordinary individual at www.tarrandeane.com