Nicky Hayden is in a serious condition in hospital with severe head and chest injuries after a bicycle crash in Italy.

“The clinical picture of Nicky Hayden remains unchanged. His condition is still extremely critical. He is still in the intensive care unit of Cesena’s Maurizio Bufalini Hospital and the prognosis stays reserved.”

His fiancee and other family members are in Italy, however his father, Earl, is at home in Kentucky dealing with his own medical concerns.

Earl Hayden has said that Nicky was riding his bicycle alone, NOT in a group of 14 riders, and that the coma Nicky is in is NOT medically induced.

Valentino Rossi hailed his former team-mate as “one of the best friends I have had in the paddock”.

The former MotoGP champion and current Honda World Superbike factory rider was reportedly hit by a car while training on his bicycle between Tavoleto and Riccione, south of the seaside resort of Rimini.

Hayden was in the region training following last weekend’s fifth round of the Superbike World Championship at the nearby Imola circuit.

He was taken to a local hospital but later airlifted to a hospital in nearby Cesena which is better equipped to cater to serious head injuries.

He is expected to undergo surgery once his condition has stabilised.

Chief of the hospital’s press office, Dr Senni, has said “the rider is in very serious condition and has now been moved to intensive care”.

Nicknamed “The Kentucky Kid”, Hayden competed in MotoGP from 2003 to 2015 for Honda, before moving to the Superbike World Championship for 2016. He won the 2006 MotoGP championship in 2006 after an epic battle with Valentino Rossi.

He finished fifth in the World Superbike Championship last year, taking Honda’s only win of the season in Malaysia, and currently sits 13th in the 2017 standings. 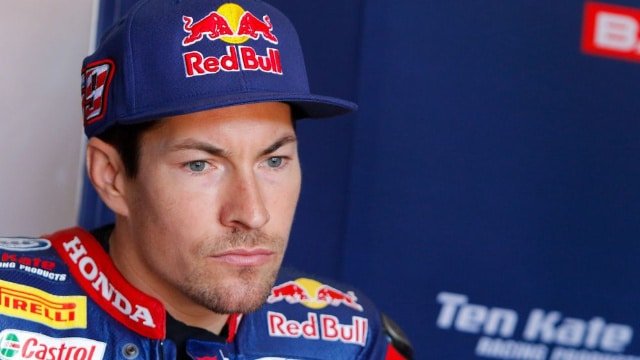