At the age of just 27, Trevor Wilson has achieved more than most people could have dreamed of.

The thing is – he’s achieved so much because he DID dream of doing those things!

The Brisbane based off road racer was once a high school teacher, but changed his career and started his own business – Blutec Waterproofing – so he could chase his biggest dream of competing in the Dakar Rally in 2018.

Trevor says he has been drawn to motorbikes ever since his Dad took him on one when he was 5 years old.

“I still remember sitting in front of him on the petrol tank with my feet over the top of the handlebars and riding around the farm.”

“As I was growing up on SBS you’d get these 30 minute Dakar Rally highlights and I’d always watch these people flying through the desert and I just have always had this dream and vision of rolling up to the start line of the Dakar Rally. It’s always been the biggest dream of mine.”

That dream has driven Trevor through tough fitness training and regular trips to the Stockton Beach sand dunes near Newcastle to learn the skills he needs to tackle the Dakar – the toughest motorsport event in the world. 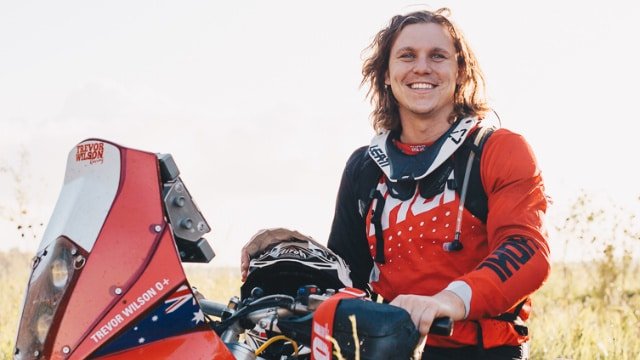 To qualify for the Dakar, Trevor is competing in the Abu Dhabi Desert Challenge from 1st to the 6th April with the HT Husqvarna Rally team.

In this episode of Motorcycle Life Trevor talks to us about his dreams and goals, how he got to where he is now and his preparation for the Dakar.

And of course our very own Dakar legend – Christophe Barriere-Varju (Dream Racer) – has some very good questions and advice for the young racer.

We also catch up on why we’ve been so slack this year in producing shows (actually we’ve been creating something really special – SMART Rider) and what’s new in the world of Dream Racer TV. 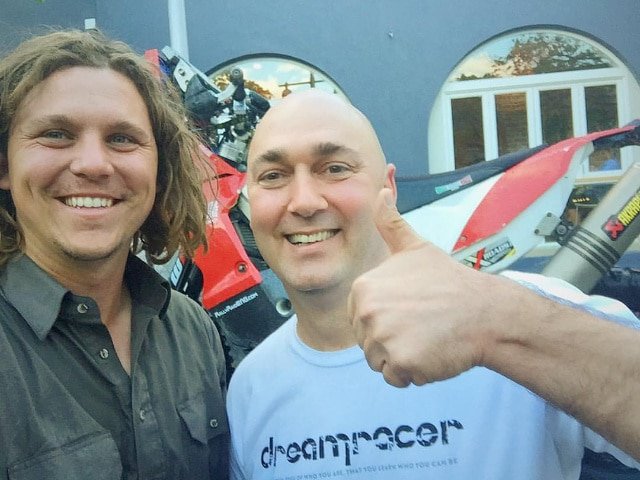