Australian Jack Miller has claimed his first points of the MotoGP season with an 8th place in the rain affected Qatar GP.

The 22 year old from Townsville started 16th on the grid and took his EG 0,0 Marc VDS Honda RC213V up through the field as many of the top runners faded in the tough conditions.

The race was won by Yamaha’s Maverick Vinales in his first race for the Movistar Yamaha MotoGP team. Vinales was awarded pole position for the race after final qualifying was cancelled.

The event has been plagued by bad weather, and the race was delayed by 40 minutes and reduced in distance from 22 to 20 laps.

Ducati rider Andrea Dovizioso finished second, just 0.461s behind Vinales after the Yamaha rider made a late charge for the win, with Valentino Rossi a further second behind.

Honda’s reigning champion Marc Marquez and Suzuki’s Andrea Iannone then swapped places for second place until Iannone lowsided on lap 11, and Marquez dropped back through the field possibly due to a poor choice of front tyre.

Jorge Lorenzo’s chances of a successful Ducati debut ended when he ran wide on the opening lap, dropping to 16th place. he eventually finished in 11th place.

Jack Miller’s 8th place is a solid start to the new season.

Jack finished 18th in last year’s championship with 57 points. He also claimed his maiden victory last year in the Dutch TT at Assen. 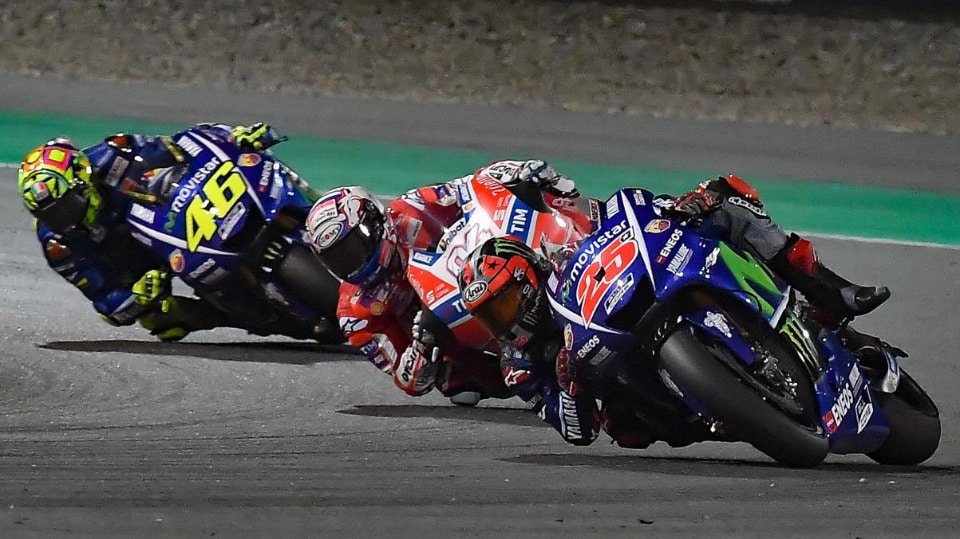