Harley-Davidson Australia has adopted a very “Un-Harley” approach in its latest marketing campaign for the LAMS approved Street 500.

Worldwide, Harley-Davidson has been on a marketing mission for many months, revising its marketing focus to attract younger buyers to the brand.

In this latest campaign, the company has broken away from the traditional cruiser clichés and instead uses a series of colourful illustrations incorporating things that are important to the youth motorcycle market.

The images depict life around the water, road trips and take-away food and camping in the Australian outdoors, and each image has one graphic of the Street 500. 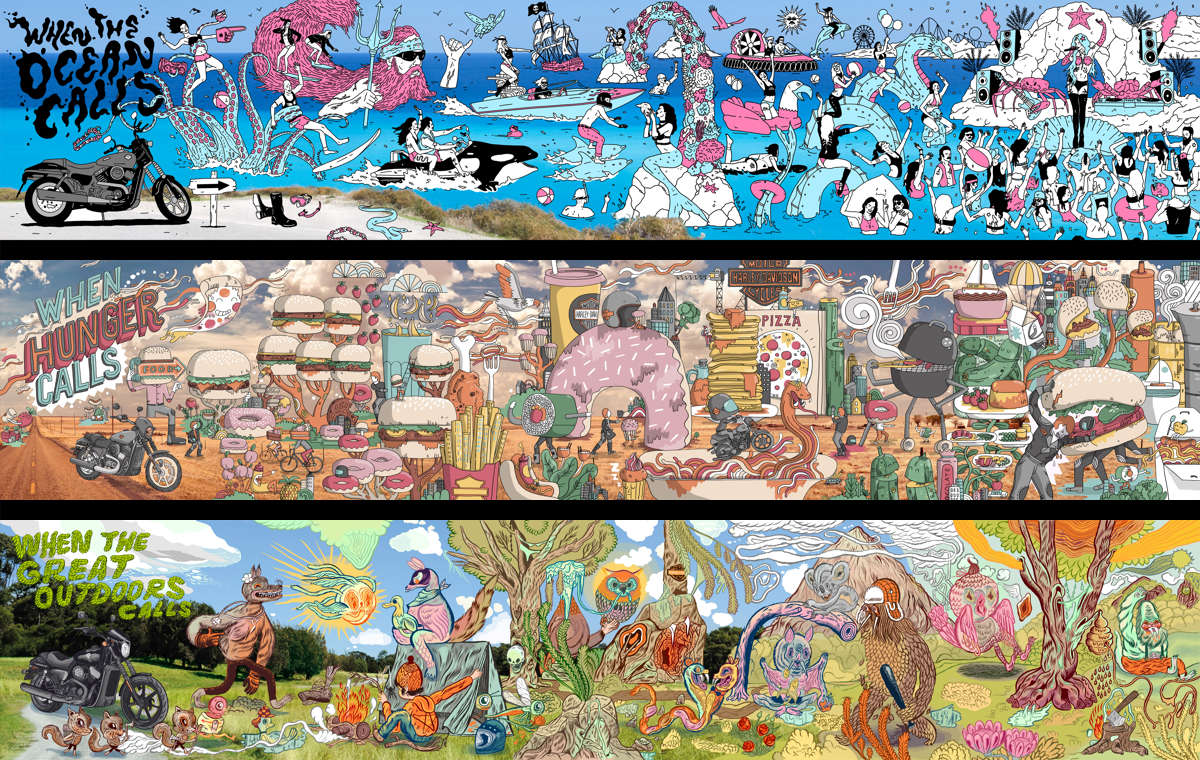 The images have been created by three Australian illustrators – Sean Morris, James Gulliver and Benjamin Constantine – and have been used in a website dedicated to the entry-level Harley model.

To take the campaign even further, H-D Australia is running a competition on the website with the prize being an autographed print of one of the illustrations.

It’s a new and almost radical approach from a company that has built its business around hard edged images of bikers dressed in black.

But Harley-Davidson realised some time ago that its traditional market was ageing and the company needed to change its image to attract both a younger and broader market, including women.

The company’s recent marketing has had a more family friendly feel to it, including a series of ads titled “Live Your Legend” that were built around a Father – Son relationship.